I met Jessa Fairbrother today at a nourishing movement workshop called Flummery Room run by Brenda Waite at The Island in Bristol. Beautiful sessions: Brenda is generous and gentle in how she leads and she manages to encourage us to give something of ourselves, without even asking. Working together, our bodies moving in space to silence or music, we explore repetition, pauses, distance, folding and unfolding. All of us in the group have a chance to get to know ourselves better and to perhaps discover something about each other too. All of this is beyond words, although words are not banned, and they may appear at times in the space too. Something is freed up and we remember how to play again.
At the end there is a chance to talk to some of the other participants; I like that the talk comes after the getting to know another person a little through their movement and how they move with others.
Jessa told me a little about her work – photographs, embroidery, her themes – I became curious. Now home, I’m meant to be sanding down my front door ready to be painted, but how much more enjoyable it is to be reading some of Jessa’s blog posts – nuggets of inspiration and observation. Here is one. 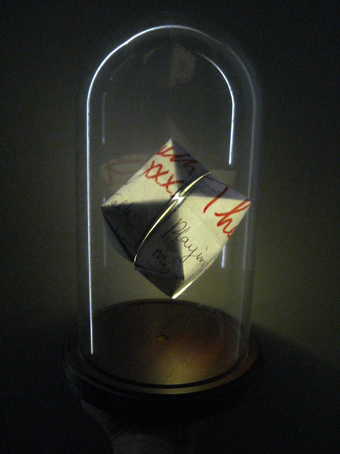 My colleague Dr Alice Malpass has written a blog about our Being Human event at the Arnolfini in November 2017: it’s on the Life of Breath website: https://lifeofbreath.org/2018/01/gasp-making-breathlessness-less-invisible-through-the-creative-arts/.

Jenny Joseph’s Obituary in The Guardian 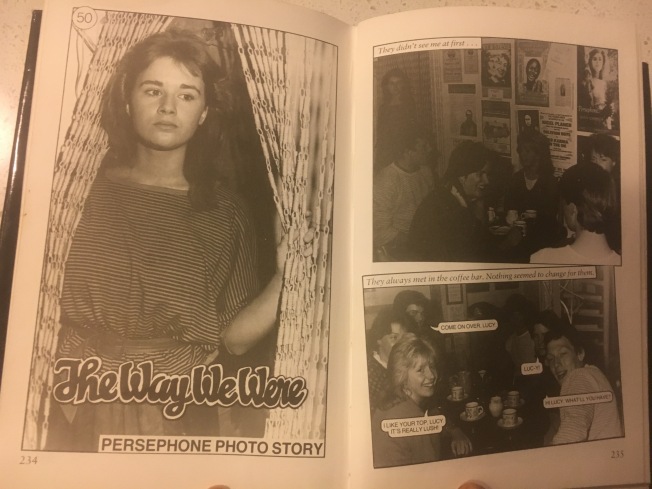 Jenny Joseph is a name I’m familiar with. It’s on the spine of a book that’s always on my book shelf, and is now on my bedside table, to read for the first time as an adult.  When I was 15, Neil Astley of the newly formed Bloodaxe Books asked me whether I’d like to be on the cover and the back of Jenny’s new book ‘Persephone’.

The pouty photos were taken and tinted by Irene Reddish, and I got paid something like £60 (this was a lot to me, we’re talking about June 1986). Unusually, there’s also a photo story in the middle, with models – my friends – Diana and Judith Taylor, Farne Conway, Fay Gilder, Thomas Gilder and my first boyfriend’s dad, Roger Neville. My life mentor and friend Moira Conway took the pictures for the photo story in the coffee shop of my mother’s bookshop, The Bookhouse, in Newcastle Upon Tyne.